Quick evaporation at low temperatures for a gentle distillation

Thin-film or thin-layer evaporators have been developed to purify temperatures sensitive products by evaporation. The temperature sensitive product can be both the high and the low boiling component in the mixture. The target was to operate at low evaporation temperatures means low vacuum and to minimize the residence time of the product in the evaporator. In order to reduce the evaporation temperature at the heated evaporation surface as far as possible the pressure incl. the hydrostatic pressure due to the liquid product itself should be minimized.The solution is a thin film of the liquid product on the inner side of a vertical evaporation pipe which is generated by a rotating wiper system. The rotating wiper equally distributes the down flowing liquid feed on the inner side of the wall.

The film is about 0,1 to 0,5mm thick depending on the viscosity of the liquid, type of wiper system, rotating speed and liquid throughput. This thin film provides almost no hydrostatic pressure, minimum hold-up and almost no temperature and concentration gradient due to the good radial mixing performance. This provides highest evaporation rates means shortest residence time in the evaporator at lowest temperatures permitting the production of high quality temperature sensitive products. The vapors are mostly guided upwards in a counter current manner to a down coming condenser. A typical flow chart of a pilot plant like system can be seen below: 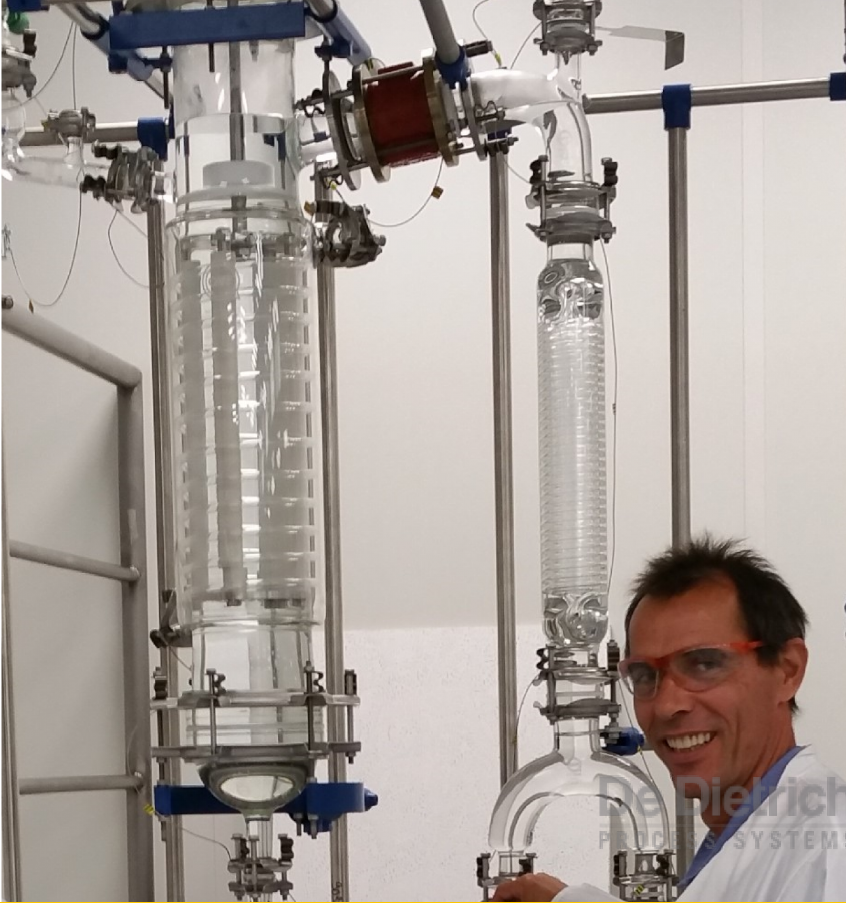 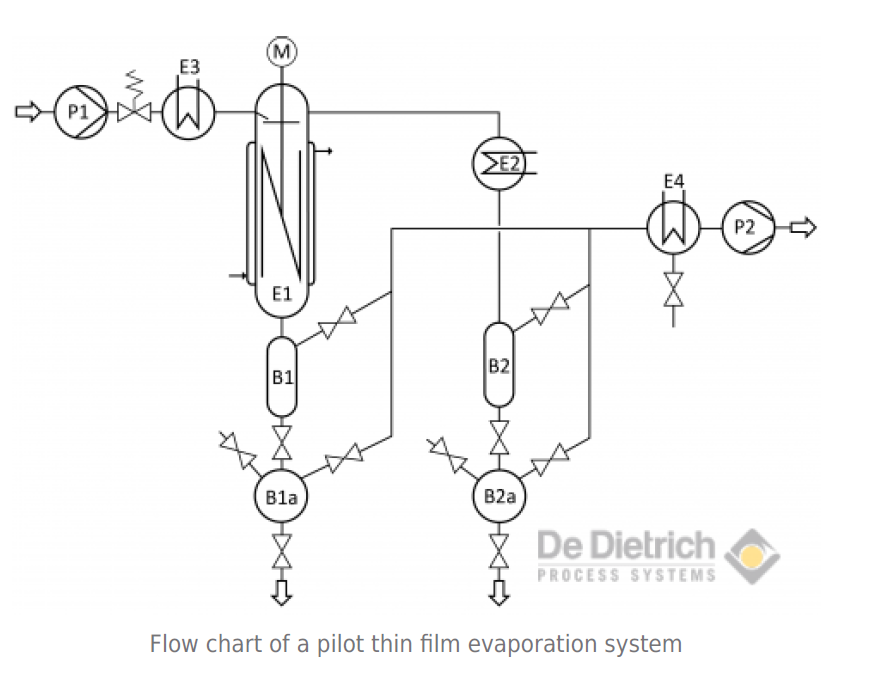 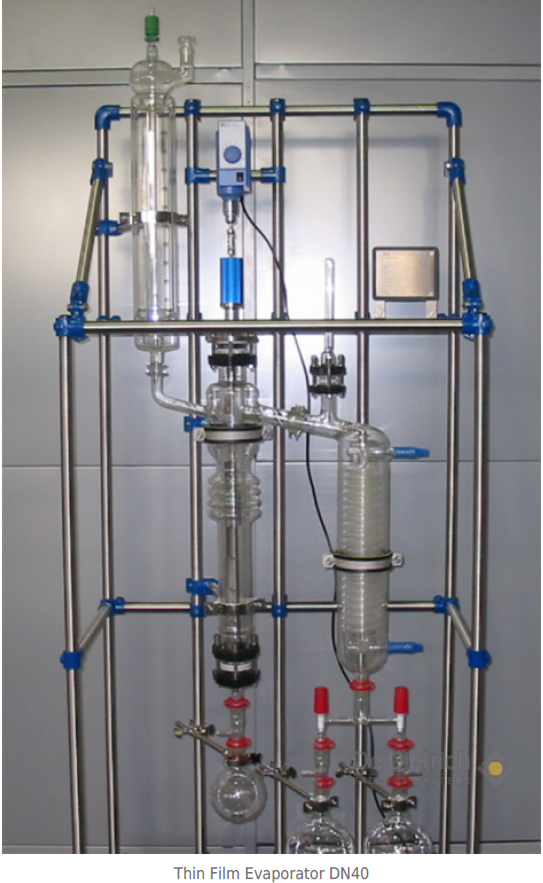 We provide different wiper systems to cope with different most challenging varying requirements:

Maximum temperature in the heating jacket made of borosilicate glass 3.3 or glass-lined steel: 200°C

The thin film evaporators of De Dietrich Process Systems are made of highly corrosion resistant QVF® borosilicate glass 3.3 or De Dietrich® glass-lined steel both providing an extremely smooth surface reducing the risk of material sticking to and hence remaining and degrading on the hot evaporation surface. The transparent borosilicate glass enables on optimum adjustment of the rotating speed while observing the inner surface of the evaporator.As drive for the wiper system the proven stirrer drives with single/double mechanical or magnetic seal from our range for reactors are used providing a reliable longterm vacuum tight operation. Thin film evaporators are provided in different sizes depending on the material of construction: 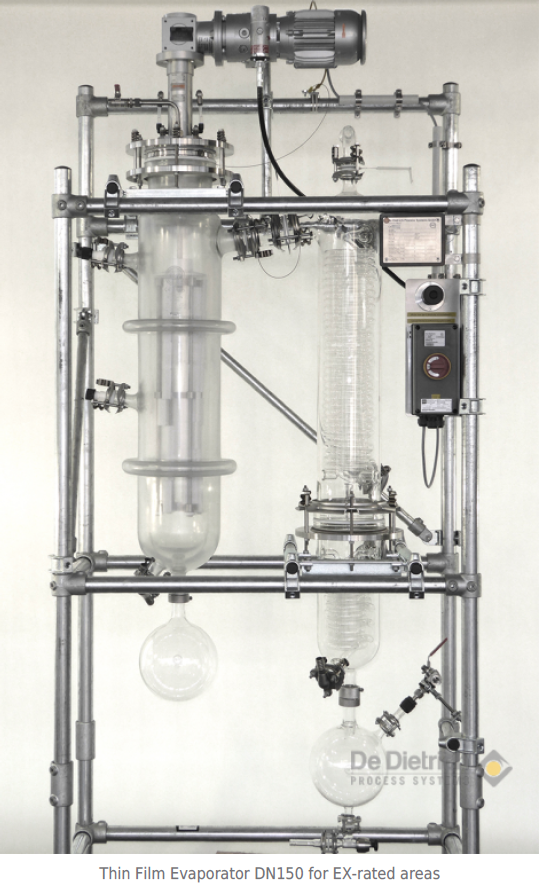 We provide different wiper systems to cope with different most challenging varying requirements:

Maximum temperature in the heating jacket made of borosilicate glass 3.3 or glass-lined steel: 200°C